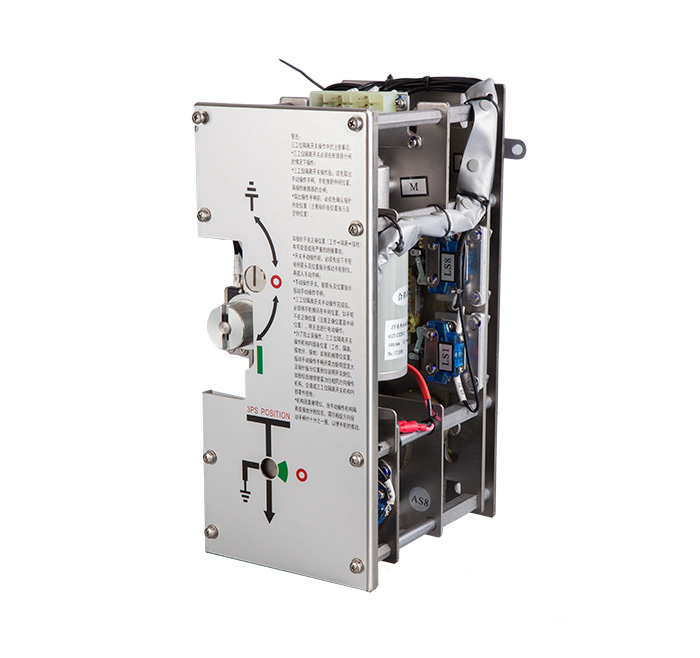 The mechanism is a three position mechanism, each can operate a isolation switch and a grounding switch to achieve closing and opening with manual and electric operation modes.

This mechanism is a single-motor three position mechanism with multiple turns of output. The motor directly operates the switch assembly through the electromagnetic clutch; the multi-angle output is controlled by the travel switch and the mechanical limit device; and the position switch is accurately reflected by the travel switch instead of the auxiliary switch. The mechanism has an electromagnetic clutch that can guarantees the output of the three positions.

1.The output of this mechanism is 12.5 turns (can be customized according to customer requirements)

4.CSK magnetic blow-out switch. The current that the contact can continue to pass is 10A for AC220V and 3A for DC220V.

5.Micro Switch instead of auxiliary switch in general totally 30

6.The secondary connector is a 21P socket (AMP) 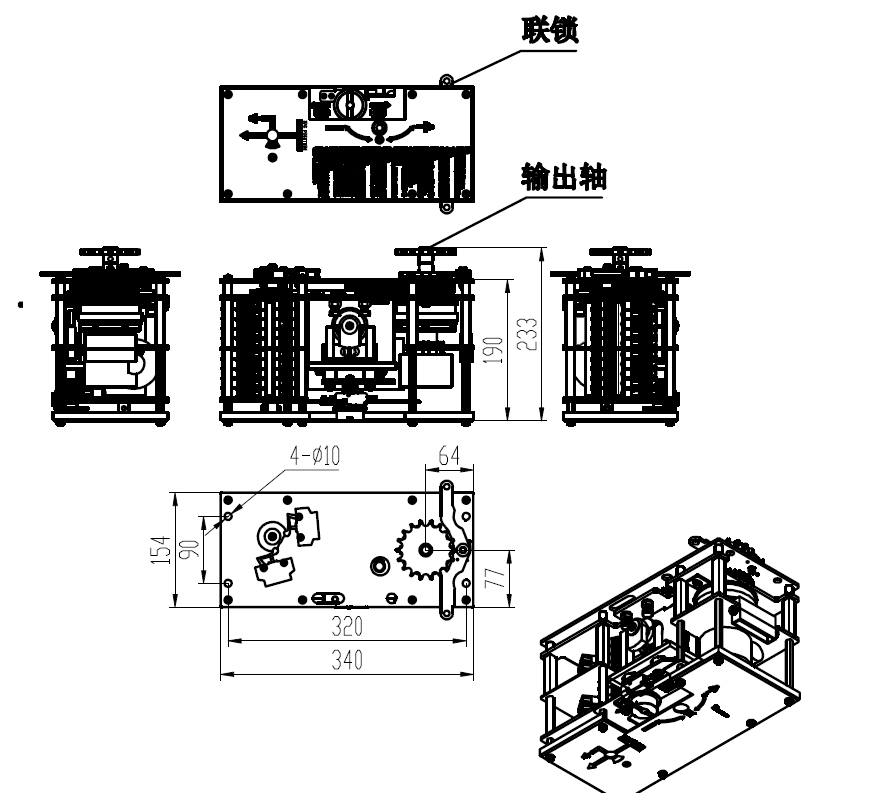 1.Provide the introduction on product models and installations.

2.Provide requirements of primary structures (What does this mean), secondary data.